I spent all this Time and energy on a website, got myself all psyched up for doing projects and videos, and made a bunch of promises. Then one thing pops loose and everything sort of crumbles apart. Granted it was a rather large thing (a job) and my life is almost completely different now. But the next thing I know this site has been collecting dust and I’ve hardly done any drawing aside from a handful of doodles on the backs of scrap paper I couldn’t bring myself to just bin.

Probably the worst part about it is that all my excuses were perfectly legitimate. I had to get my stuff together and move from New Orleans. I had to find a job and a place in Utah. I had to get (and fix) a car. I had to learn the ins and outs of my new job. As well as take Time to reconnect with people back here.

It did get out of hand though. In the end I told myself I could not continue to work on Sam & Aaron until I had a setup that matched what I drew the other pages on, otherwise the look wouldn’t be consistent. Which I do believe would have factored in and made it more difficult, but I really should have just pushed through it.

I haven’t been entirely unproductive though! I’ve learned (but had limited practice with) C++, hammered out a workflow for creating 3D assets for games, and many aspects of the new Unreal Engine. But that’s talk for another Time.

Because starting today there are no more excuses against drawing. 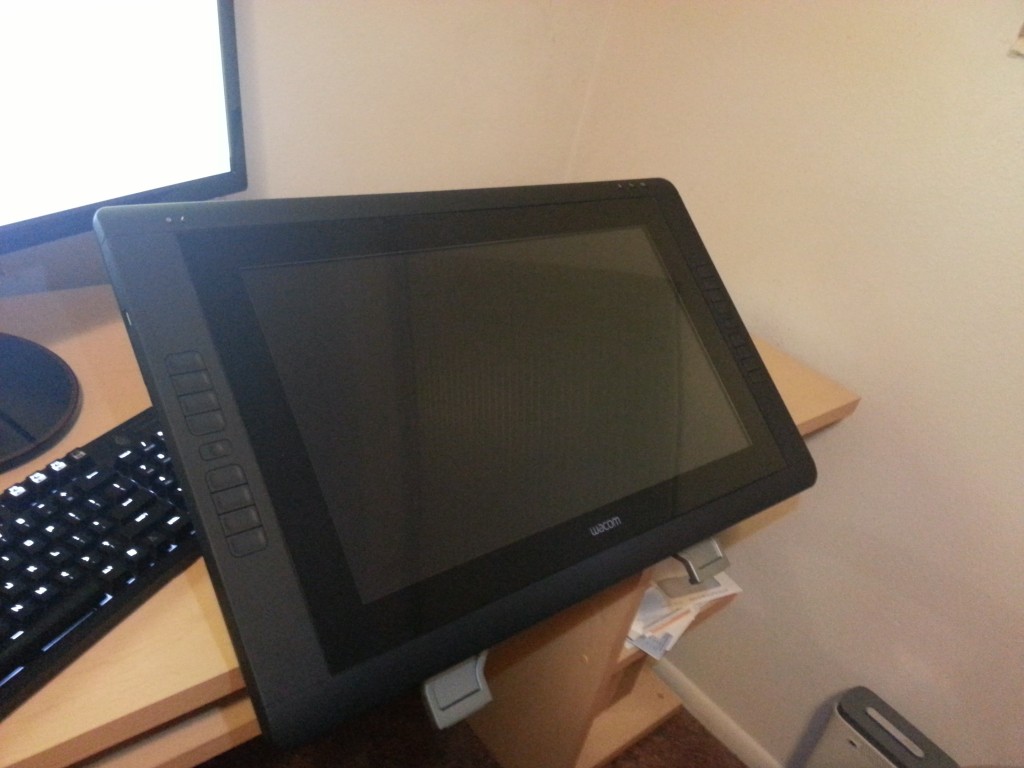 I bought a used Cintiq 22HD on Amazon, and it is lovely.

I was using a 24HD at Cathedral, and I thought about holding out for that but there were a few factors that stopped me. The 24HD is just HUGE. It took up the entire desk and the desk I’m working with now is significantly smaller. That and I already have a nice large monitor that I prefer to have as my primary. Plus the 22HD has the added benefit of being able to rotate for better drawing angle.

Anyway, I’ve shot a full video of my unboxing and enjoying the new screen that I plan to edit and post tomorrow or the next day. I just wanted to post up the Sam & Aaron drawing I did to refamiliarize myself with the characters and the workflow, as well as state that the project will soon continue. 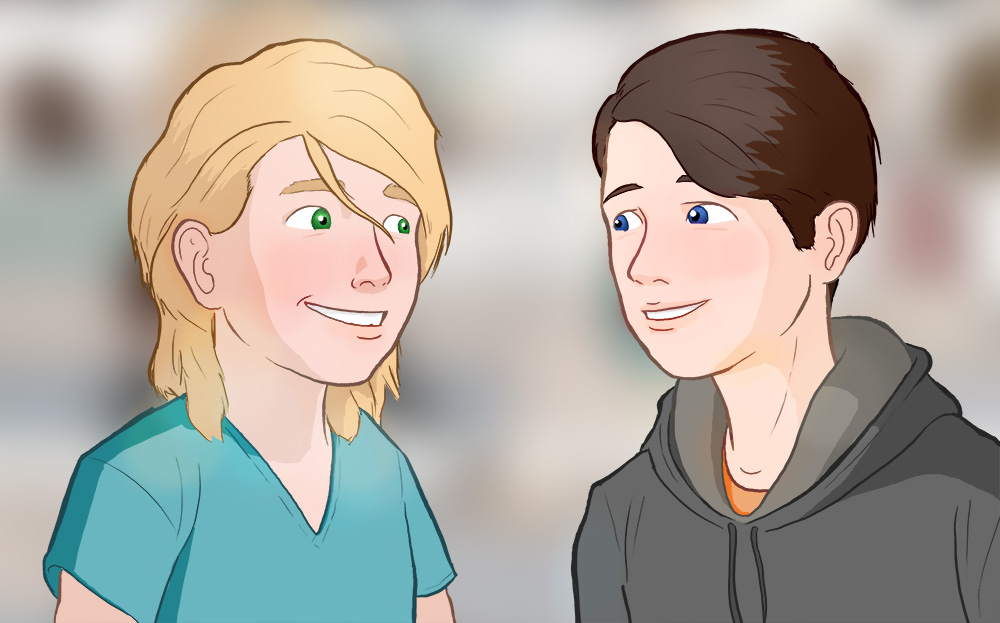 He's not dead! Tell someone!