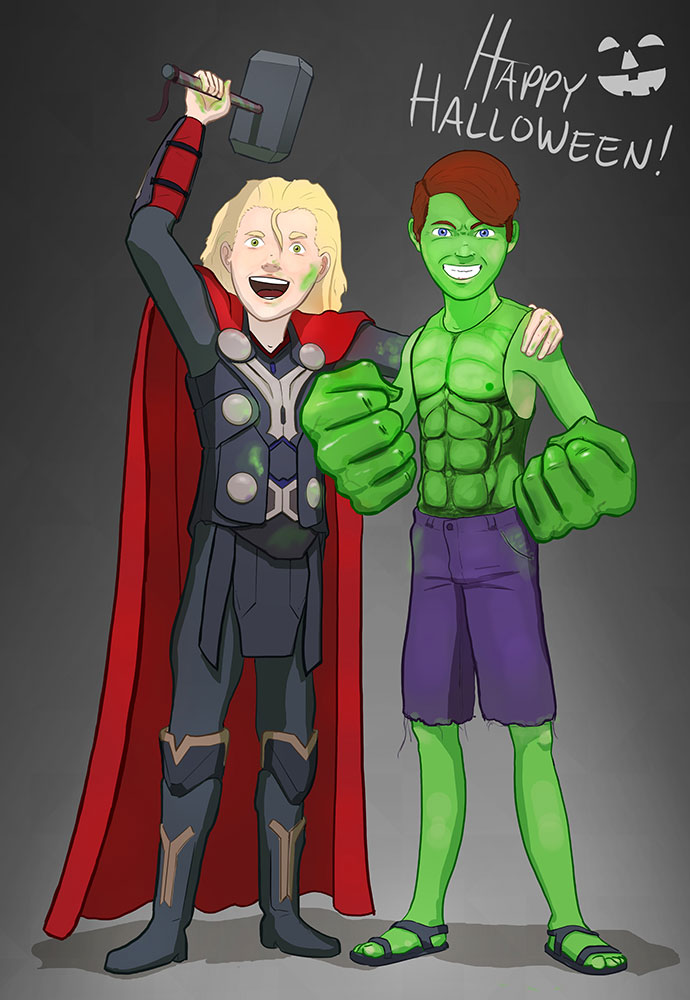 So I took a short break from working on the next page of Sam & Aaron to have a little fun imagining what the boys might be for Halloween. It’s a fun thing I’ve seen a lot of artists do with their original characters and this is first Time I’ve had the opportunity.

It didn’t take me all that long to figure out a costume for at least one of the boys. With the long blonde hair and all the Avengers hype nowadays, Thor seemed to be an obvious choice for a young boy. For the second costume I wanted to keep with the Avengers theme but the Hulk was not my first thought. I had considered Captain America or even Loki just for fun, but I had a vague memory of some article I had read some Time ago about mainstream comic couples. 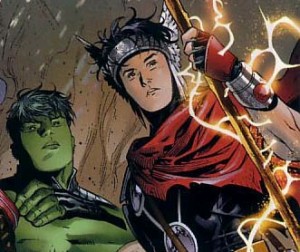 After a little bit of hunting around I found what I was looking for. As it turns out, one of the most well known (canon) gay couples in modern comics is Wiccan (aka Asguardian) and Hulkling, two members of the Young Avengers. Since I already had Thor it seemed like a nice little homage to this well known pair to have Hulk be the other costume, even though technically Wiccan and Hulkling have very little in common with Thor and Hulk besides look and names. Some may be surprised that I didn’t know about these two already, but I’m honestly more of a DC guy myself and the young avengers are just not on my radar.

But I had a lot of fun drawing this and being somewhat more festive in the season. And now I’m back on drawing the next page of Sam & Aaron!